Awards we received as a reward for the services we provide

H MEGA SPRINT GUARD A.E. has been awarded by ICAP as one of the Strongest companies in Greece for three consecutive years (2010,2011 and 2012). “STRONGEST COMPANIES IN GREECE” are the companies that are classified in the strongest rating scores (rating scores) of ICAP Group. ICAP Group is recognized by the Bank of Greece as an External Credit Rating Agency and by the European Central Bank as an Acceptable Source of Credit Ratings. 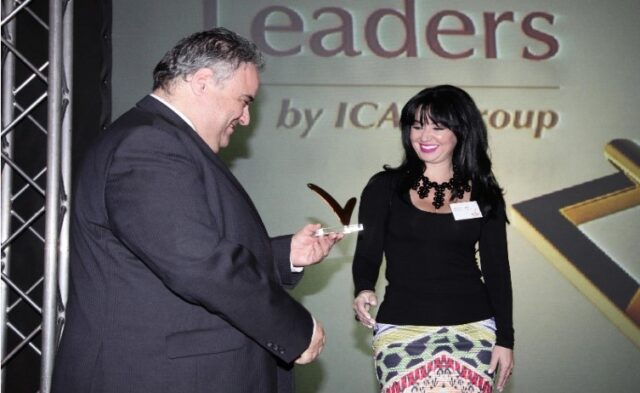 Award by the  FORTUNE magazine as one of the fastest growing companies in Greece. The relevant study was carried out by HELLASTAT

MEGA SPRINT GUARD A.E. was announced by ICAP as True LEADER for the year 2012. ICAP Group, the only company recognized as a Rating Agency by the Hellenic Capital Market Commission and the European Securities and Markets Authority (ESMA), awarded companies and groups on October 22 for the 3rd year – leaders based on four measurable criteria with published results. The glorious ceremony took place under the auspices of the Ministry of Development, Competitiveness, Infrastructure, Transport and Networks, with the presence of 380 Senior Executives of the Greek market. Through a total of 20,500 companies that were examined, only 35 Companies and 8 Groups managed to cope and stand out while responding to the following:

Award by the international organization EUROPE 500 and IESE BUSSINES SCHOOL as one of the fastest growing companies in Europe, in March 2013, at a special event in the European Parliament

MEGA SPRINT GUARD was distinguished with 4 awards at the Security Excellence Awards 2019. On 19.02.2020 at the Radisson Blu Park Hotel, the Security Excellence Awards 2019 ceremony, by the company Boussias Communications, took place. The event rewarded the best practices in the management of security and control of facilities and premises by companies, organizations and relevant service providers.

The best companies in the market were awarded at the Security Excellence Awards.

MEGA SPRINT GUARD was awarded in the following categories:

DIAMONDS OF THE GREEK ECONOMY 2019

MEGA SPRINT GUARD was distinguished within the Annual Forum “Diamonds of the Greek Economy 2019” as a “diamond” company for the development of entrepreneurship in Greece.

About the event: The event highlighted the sustainable Greek companies that actively contribute to the development of Greek entrepreneurship and are distinguished for their extroversion.

The awards were based on a rigorous evaluation of 10,000 (of the most important by turnover) companies which resulted in the presentation of the healthiest growing companies based on five specific economic indicators, among which was MEGA SPRINT GUARD. The whole assessment was done by the staff of the New Times and the online database New Times List which is updated daily, and which contains data of 20,000 companies.

The distinction received by MEGA SPRINT GUARD confirms the steady course it traces and proves its dynamics that allow it to grow exponentially.